Heart disease is the number one killer of both men and women in the United States, accounting for about 1 in 4 deaths, according to the Centers for Disease Control and Prevention (CDC). Heart attacks occur when blood flow to the heart is reduced or obstructed because the arteries that supply blood to the heart have narrowed. The classic portrayal of a heart attack in movies is a man clutching his chest in pain. But many women experience heart attacks very differently than men. While chest pain is the most common symptom of a heart attack, women are more likely to have atypical symptoms. According to the American Heart Association (AHA), these include:

Since women are more likely to have atypical symptoms of a heart attack, this can result in a delay in seeking medical care. Let’s take a closer look at how heart attacks differ in women from men and help you be more aware of the signs of heart disease.

Women are More Likely to Die of Heart Attacks Than Men

Research shows that women have a higher death rate from heart attacks than men. In fact, a study published in 2018 in the Journal of the American Heart Association found that women were up to 3 times more likely to die following a serious heart attack than men because of unequal treatment. The delay in seeking care due to atypical symptoms in women is one reason for this, but it’s only a piece of the puzzle. When it comes to the type of heart attack men and women experience, there is also a difference between the sexes.

Men are much more likely to have what is called epicardial disease, which affects the big arteries that run on the outside of the heart. Cardiologists can see these big vessels when performing a heart catheterization, and those are the vessels they can put stents in or do bypass surgery to. Women, on the other hand, are much more likely to have microvascular disease. This affects a network of much smaller arteries within the walls of the heart. Unfortunately, this can lead to misdiagnosis and undertreatment in women because even if a woman comes with chest pain, between one-third to two-thirds of the time a heart catherization is performed, no blockages are found in the epicardial arteries. Cardiologists are now learning how important the microvascular system is and that you can have many of the same symptoms and bad outcomes with dysfunction of the microvascular circulation. What’s more, research is still being done into the best treatment for microvascular dysfunction. It is believed that a lot of the same medications used for epicardial heart arteries, like ACE inhibitors, beta-blockers, calcium channel blockers, aspirin, statins, and cholesterol medication, have similar effects but a lot of work is still in progress.

Traditional risk factors for heart disease include hypertension, diabetes, smoking, family history of heart disease, obesity or physical inactivity, age, and high cholesterol, according to the CDC. But there are additional risk factors that are unique to women, and it is important that both women and their healthcare provider are aware of them. Polycystic ovarian syndrome, menopause, and autoimmune inflammatory diseases can increase a woman’s risk for heart disease. Pregnancy can also have a major impact on a woman’s heart. Pregnancy is often considered a ‘stress test’ for women. Cardiologists can learn a lot about a woman’s future risk for heart disease based on her pregnancy history. Women who develop complications such as hypertension, including preeclampsia or eclampsia, or diabetes during pregnancy are at increased risk of developing heart disease later in life.

A Worrying Decline in Awareness Among Women

While the AHA and several other advocacy groups have pushed awareness campaigns around signs of heart disease in women in recent years, progress appears to have plateaued. An AHA special report found glaring gaps in awareness of heart disease risk, particularly among young women and women of color.

Awareness among women that heart disease is their leading cause of death declined significantly over the last decade from 65% of women being aware in 2009 to 44% being aware in 2019. Women were more likely to erroneously believe that cancer is the leading cause of death in 2019 than 10 years prior. The greatest declines in awareness were seen among Hispanic women, Black women, and women ages 25 to 34 years old.

Experts say it’s imperative that women are aware of the risk factors for heart disease and work toward prevention. Get with your HealthLynked provider to make sure your blood pressure, blood sugars, weight, and cholesterol are under control. Make sure to exercise regularly, limit your alcohol intake, and follow a heart-healthy diet. If you smoke, quitting tobacco could be one of the most important steps to prevent heart disease.

Make sure that you and your loved ones are fully aware of the symptoms of a heart attack, especially those that are atypical. If you have any of these symptoms, seek immediate medical attention. 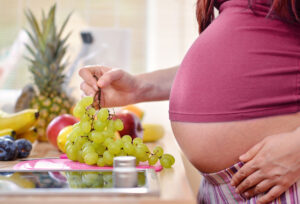 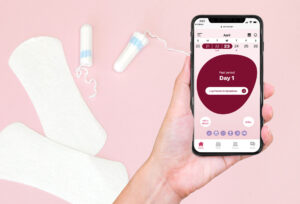